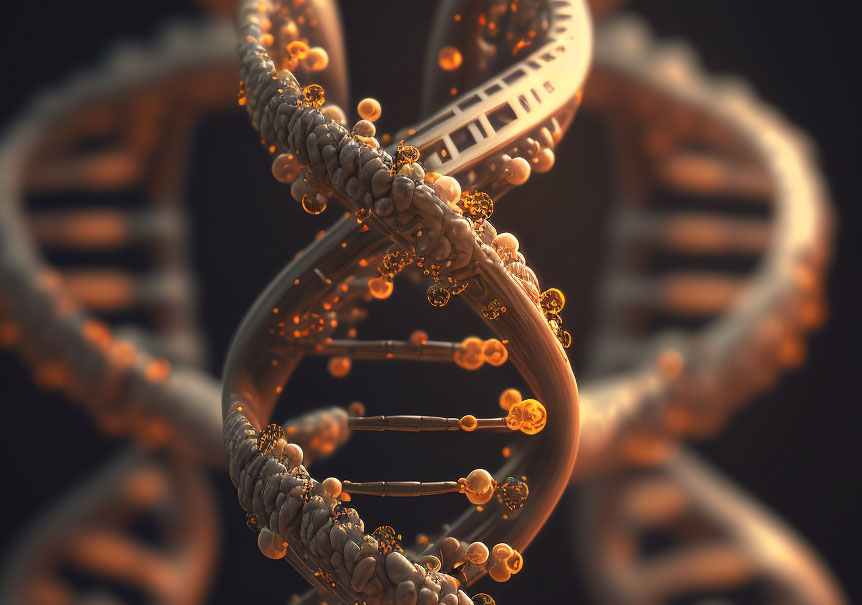 Aging is a complex process that affects every living organism, and scientists have been working for decades to understand the underlying mechanisms that contribute to it. One area of research that has gained significant attention in recent years is the use of genetic manipulation as a means to extend lifespan. The idea is that by modifying specific genes or pathways in the body, scientists can slow down or even reverse the aging process, thereby extending the human lifespan.

One of the most well-known examples of genetic manipulation in aging research is the study of caloric restriction (CR). CR is the practice of reducing caloric intake while still maintaining adequate nutrition. Studies in various organisms, including yeast, worms, flies, and mice, have shown that CR can extend lifespan by up to 50%. This has led scientists to believe that CR may work by altering the expression of specific genes or pathways involved in aging.

The Study of Sirtuins

Another area of research in genetic manipulation and aging is the study of sirtuins, a family of enzymes that play a role in regulating various cellular processes, including DNA repair, stress response, and metabolism. Studies have shown that increasing the activity of sirtuins can extend lifespan in various organisms, including mice. This has led scientists to believe that targeting sirtuins may be a promising approach for developing anti-aging therapies.

Additionally, scientists have found that genetic manipulations that change the levels of certain growth factors, such as Insulin-like growth factor (IGF-1), can affect aging. Mice that have been genetically modified to lack the ability to produce IGF-1 live longer than normal mice. These mice also have lower levels of inflammation and oxidative stress, which are both associated with aging.

Another avenue of research is the study of telomeres, the protective caps on the ends of chromosomes that shorten as cells divide and age. Telomere shortening is a marker of aging and is associated with an increased risk of age-related diseases. Scientists have found that telomerase, an enzyme that helps to maintain telomere length, can be used to slow down the aging process and extend lifespan.

In conclusion, genetic manipulation is a promising avenue for aging research, and scientists have discovered several genes and pathways that may play a role in the aging process. However, much more research is needed to fully understand the underlying mechanisms and to develop safe and effective anti-aging therapies. Scientists are also working on understanding the ethical considerations of such research, to ensure that any genetic manipulations will be done responsibly.

10 Ways that You Can Slow Aging Today

Longevity and the Foods of Blue Zone Regions

Metformin as an Anti-Aging Medication

The Potential of Stem Cell Therapy to Rejuvenate...

10 Ways that You Can Slow Aging Today

Understanding the Impact of Chronic Disease on Aging...

5 Benefits of Hydration for Overall Health

What are the 4 Reasons Why Protein is...

No comments to show.

About Cure For Aging

@2023 - All Right Reserved Cure for Aging. Terms and Conditions

Understanding the Impact of Chronic Disease on...

Metformin as an Anti-Aging Medication